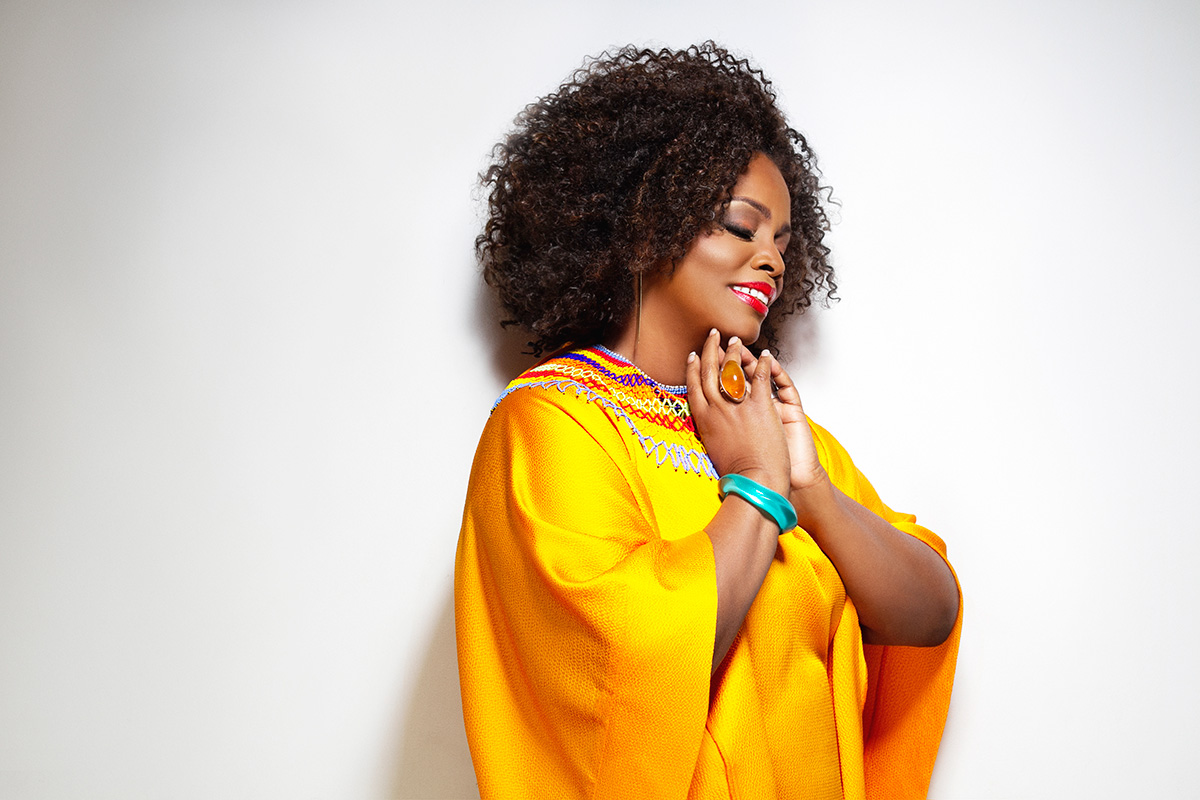 Dianne Reeves appeared on the scene in the mid-1970s, as a protégé of Clark Terry and with the support of her cousin George Duke. She has been releasing albums since 1982, but was promoted into the jazz elite five years later when she signed with the famous Blue Note label. To date, she has recorded nineteen albums, won five Grammys – the only female vocalist awarded for three albums in a row! – and was nominated four more times for this biggest American music industry award.

Along with a love for the tradition instilled by her dad Clark and for contemporary trends pursued by her cousin George, Reeves has always been open to various aspects of jazz, as well as music close to jazz. They named her Janus-singer, a God with two heads. Freshly appointed Honorary Doctor at Julliard, as well as the title of NEA Jazz Master, the highest US institutional award for jazz artists, Dianne Reeves perfectly portrays the place of vocal jazz in the 21st century: how we went from classic blues singers embodied in suffering and the humor of Ma Rainey and Bessie Smith, to scat of Ella Fitzgerald and the vast voice of Sarah Vaughan, to a time where swing and bebop will be just two branches of a rich tree blooming with sounds of Brazil and Africa, pop and Rhythm and Blues, virtuosic vocal fountains and gentle romantic ballads.