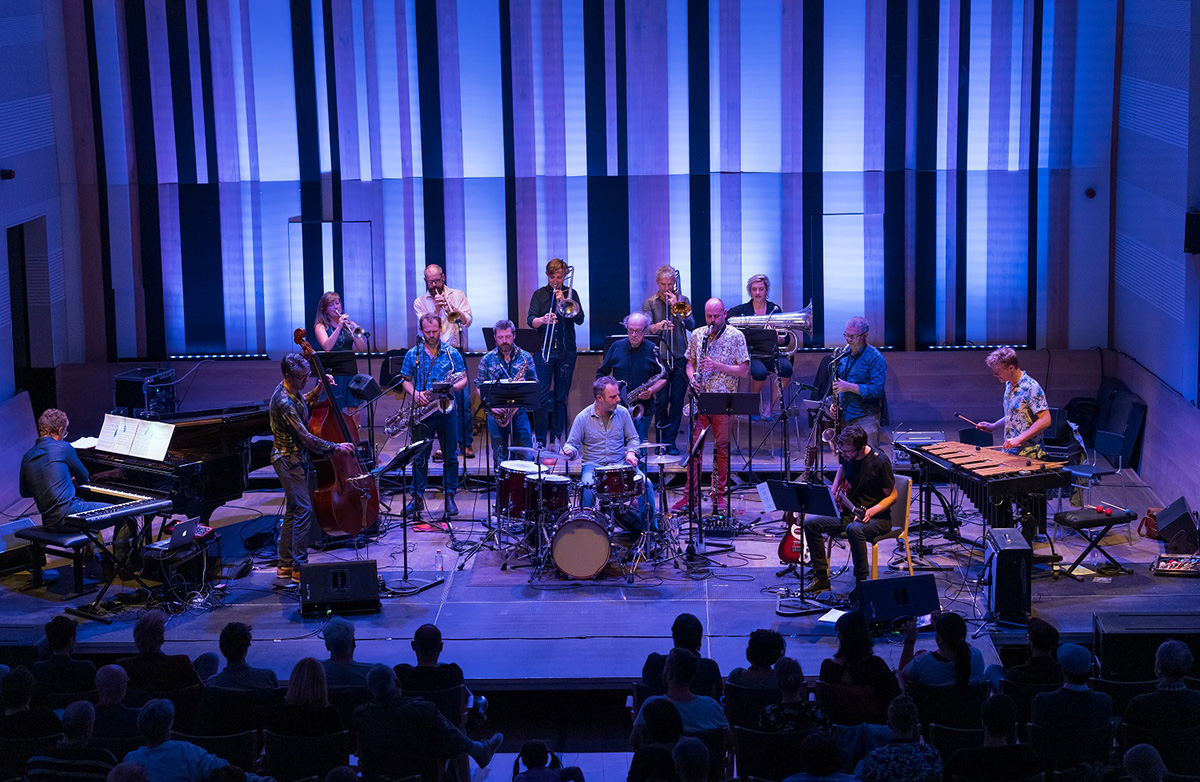 The fifteen-member Flat Earth Society from Belgium, led by multi-instrumentalist and composer Peter Vermeersch, manages to achieve an incredible mix of different styles, interesting to serious jazz connoisseurs but also seductive to younger rock audience. Their music links Charles Mingus and Frank Zappa, tradition and avant-garde, demanding arrangement and free improvisations, serious notes and superb entertainment. They will perform in Belgrade as part of a world tour marking a nice anniversary – two decades of their work.

In the past they worked with various guest musicians like Uri Caine, Toots Thielemans (who called the orchestra “a band of rebels”), Mike Patton (Faith No More), Jimi Tenor, John Watts and Ernst Reijseger. In addition to original compositions by Peter Vermeersch, their program features music in a wide range of styles – from the radical deconstruction of Armstrong and Joplin, to Stravinsky and Morricone, to Zappa and The Residents. They also performed music commissioned by theaters and cinemas (soundtrack for silent films by Ernst Lubitsch, music for the film made on the s.s. Belgenland 1927–1928 cruise, children’s film Minoes by Vincent Bal), as well as the big band opera Heliogabal (music by Peter Vermeersch, libretto by Thomas Jonigk).