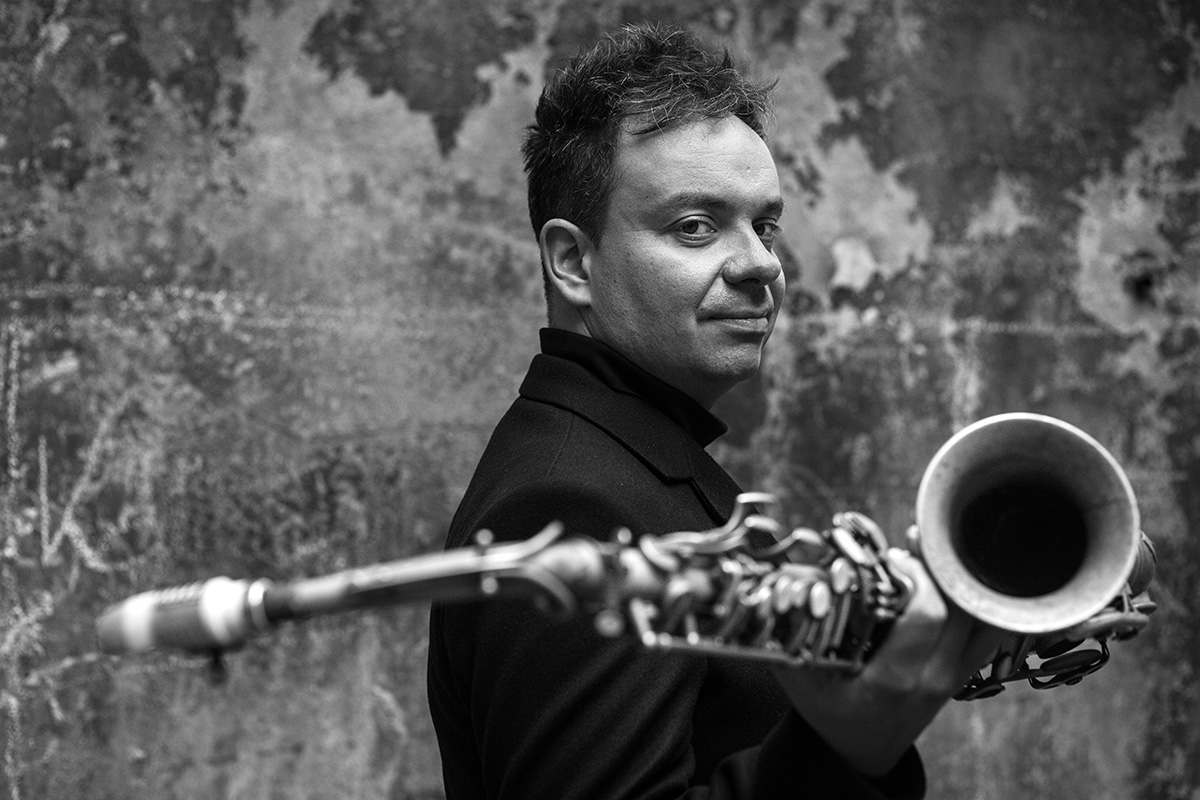 Polish alto saxophonist Maciej Obara has been active since the mid-2000s. He released his first album Message from Ohayo in 2007 and a year earlier won the Bielska Zadymka Jazzowa Young Band Competition with the project. He then worked with the Marek Kądziela band ADHD, The Fonda/Stevens Group Trio + 2, Silberman New Quintet, Magnolia Acoustic Quartet and Power of the Horns, pianist Michal Vroblewski and trumpeter Pyotr Damasievich, as well as on various author projects.

His extraordinary talent didn’t go unnoticed and the legendary ECM label producer Manfred Eicher recommended him to Tomasz Stanko for the Terminal 7 project (2008) and a few years later Stanko took him under his wing. To date, Maciej has released a dozen albums as leader (trio, quartet, MaMuGe trio, Obara International) the last of them, Unloved, for ECM 2017. His second ECM release, Three Crowns, is coming out this autumn in quartet formation. Their concerts shine with the brilliance of his improvisational inspiration, accompanied with his three associates in a tidal wave manner, rising and releasing tension. Although he plays the alt and not the tenor saxophone, Obara is very similar in style to Coltrane in his late, spiritual stage – you can feel the music with your body and soul, but it is difficult to describe it with words.