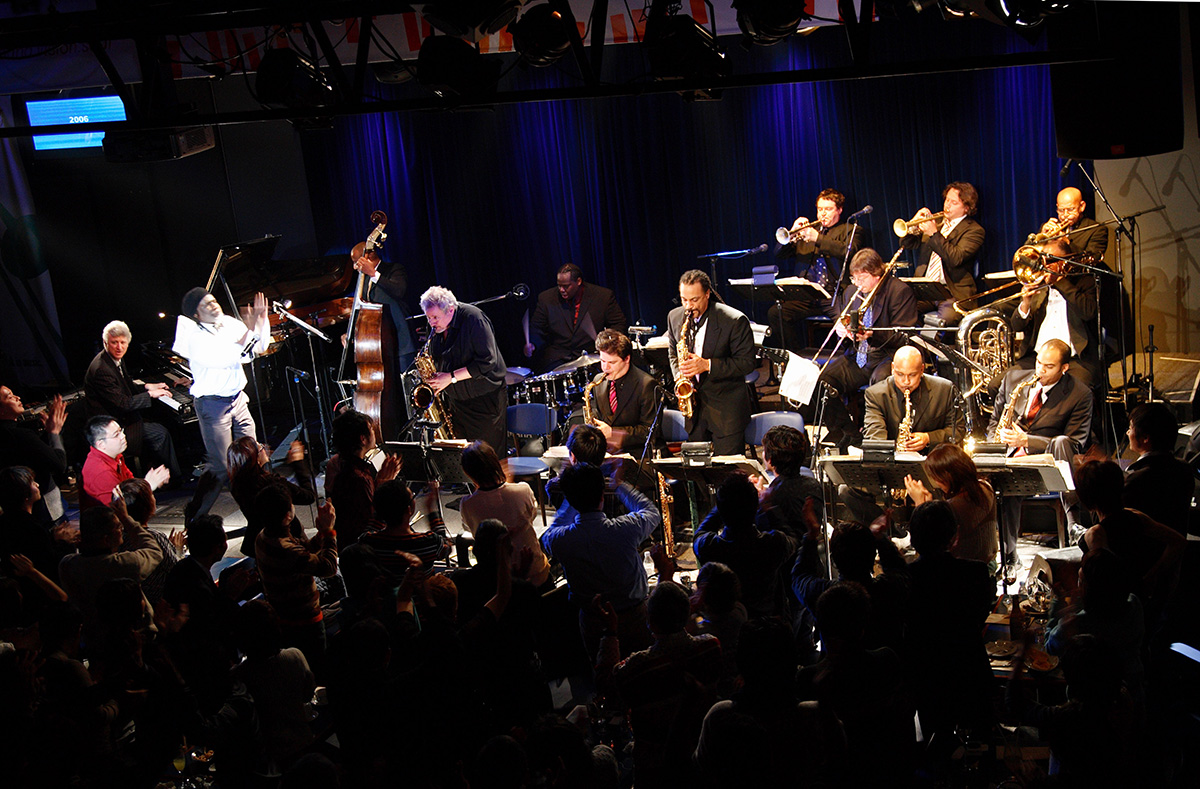 Mingus Big Band is the first American big band to perform at the Belgrade Jazz Festival since 1990. Their appearance marks a true link with the beginnings of the Festival: Charles Mingus performed at the pre-edition of 1970, as well as 1972 and 1975, while the smaller legacy formation of Mingus Dynasty played in 1982. We will now hear for the first time the celebrated repertoire in full orchestral splendour, performed by one of the best big bands on the planet, seven times Grammy nominee. In 2011, they won this award for Best Large Jazz Ensemble Album Mingus Big Band Live at Jazz Standard.

The ensemble of first-class New York musicians under the artistic direction of Mingus’s wife Sue is not only about reading the legacy of the legendary double bass player, but authentically interpreting it with original arrangements of compositions from Mingus’s body of work. The program consists of famous compositions from the Mingus repertoire, including “Fables of Faubus” and “Ysabel’s Table Dance”. The Belgrade concert is a part of the European tour marking four decades of Charles Mingus’ death. There is a number of musicians with successful solo careers in this lineup (Philip Harper, Alex Sipiagin, Conrad Herwig, Robin Eubanks, Abraham Burton, Steve Slagle, David Kikoski…), an unusual quality in today’s orchestral jazz.